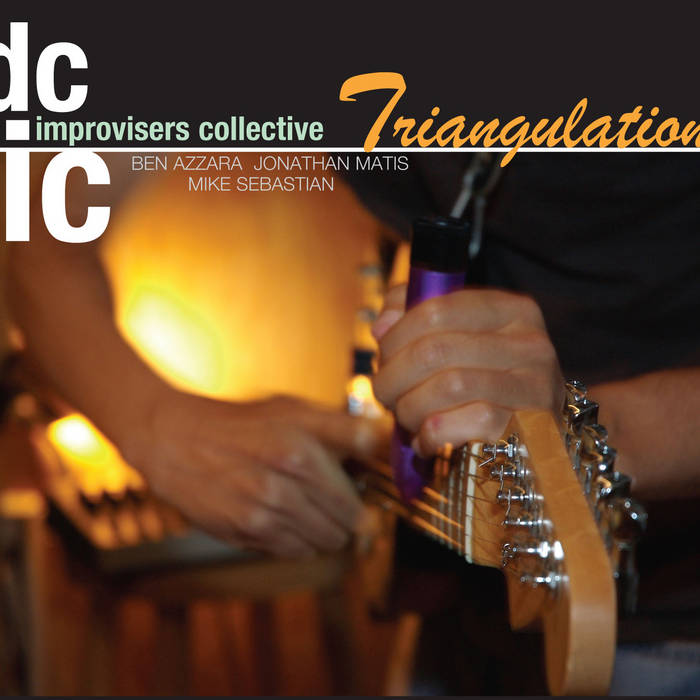 The DC Improvisers Collective is a trio exploring the intersection of jazz, contemporary composition and rock music. Their current lineup features Ben Azzara (drums), Jonathan Matis (guitar), and Mike Sebastian (reeds). These musicians come together from diverse backgrounds, bringing experience from performing in rock bands and jazz groups, as well as post-classical composition.

With ears wide open, they craft intricate compositions on the fly. Although the common metaphor for group improvisation often seems to be conversation, this metaphor fails to capture the true real-time, simultaneous collaboration that fuels the work. Equal parts tightrope act and group meditation, the ensemble explores the fertile territory of surprise just beyond the boundary where words fail. Drawing on the visceral energy and immediacy of rock music, along with the spontaneous creativity and subtlety of the jazz tradition, DCIC is able to forge new music that possesses both great intensity and mindful nuance.

The studio chatter that precedes the album's opening track, “Then Don't Listen,” says it all. As the musicians are finishing their set up in the studio's live room, Mike Sebastian suggests making a piece featuring his bass clarinet. He asks Jonathan Matis, the guitarist, to continue playing along like he was moments earlier. Matis responds that he wasn't listening, he was just setting levels and tweaking gadgets. Mike replies simply, “Then don't listen!” and the trio leaps into the unknown.

The music of DCIC has found receptive ears in the rock world, for example they performed several concerts during 2007 as the backing band for Joe Lally (of Fugazi). DCIC also finds themselves rooted firmly in the jazz world; they have performed alongside many of the nation's cutting-edge improvising musicians as well as performing with Blue Note recording artist Greg Osby.

They chose to record the album with T.J. Lipple (of Aloha) at Silver Sonya, a popular DC area studio known as much for their mastering work as their sessions. The studio shares a live room and other space with Don Zientara's legendary Inner Ear studio, the magical place where so many of your favorite Dischord records were made. Ben Azzara, the group's drummer, had worked with T.J. previously, on several Sarah Azzara records. He is also no stranger to Inner Ear, having played in Dischord bands such as The Capitol City Dusters, Junction and Delta 72.

Bandcamp Daily  your guide to the world of Bandcamp